New members in the Executive Committee!

We are happy to introduce four new members in the Executive Committee of the IPT : David Collomb (from

France), and Matheus Pessoa (from

They join the Committee, which is now composed of 11 members:

We wish them a warm welcome good luck in managing the tournament! 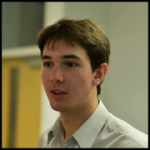 “I am a Phd student at the University of Bath studying experimental condensed matter physics in Graphene and other 2D material electronics for Scanning hall probe microscopes to study superconducting and magnetic materials. Aside from physics, I like some sports like swimming and hiking, and I really enjoy natural geography – mountains, forests, deserts, you name them – and learning about other cultures including languages.

I was first participant in the 2016 edition for the UK team from the University of Nottingham.

I would really to see the IPT continue and keep building on giving students from across the world an excellent learning experience in scientific research.“ 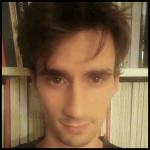 “I am a master degree student in Engineering Physics at Politecnico di Milano, with a specialization in Nanophysics and Nanotechology, and a broad interest in Material Sciences which one day I dream to employ in deep-Space Exploration. In my free time I love traveling around the world, hiking and climbing.

I was a member of the Italian Team in IPT 2017, the first edition in which we participated, and after that I’ve put all my efforts in spreading this competition all around the country.

I want IPT to become an even more recognized and well-spread event, so that to give physics lovers all around the world the opportunity to meet and get involved with each other.“

“I am a last year student in Ecole polytechnique, France, and I was a (defender) member of the French team in IPT 2017 in Sweden. I am currently applying for a PhD track in the University of Tokyo, on the interstellar mediun, and violent phenomena. I am also involved in various organizations related to Japan — scientific and cultural –, alongside being into tennis, skiing, and languages.

What I hope for the IPT is to make it become even more widespread than it is, since it clearly is the most interesting and fruitful challenge at this level, and an unforgettable experience.“ 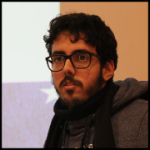 “I am a bachelor’s student in Physics at the Federal University of ABC and currently I study ultra-high energy cosmic rays. I am an IPT lover ever since I found it and in Brazil we’re using it to spread Physics in public and private schools in the country. Apart from Physics I also like to play the guitar and being involved in other organizations such as Enactus.

I want IPT to become a worldwide science-spreading network. I believe it has an incredible potential to instigate people and attract even more problem-solving enthusiasts to Science in general!“

The problem list for the #ipt2023 is available on the website iptnet.info/problems. Time to unpack your research and lab skillset, gather a team of 4-6 students, and dig into solving!
… See MoreSee Less

Our photo competition is over and we are happy to announce the results!Join us in congratulating @calla.pi as the most liked entry, @jd_garavito as a random generator pick, and @nina.m.q. as the execom vote winner!Please contact us via Instagram private messages to claim your prize
… See MoreSee Less

Shortlist for the IPT 2023 is out! We invite the entire community to contribute to the forming of the list of problems for the next edition.Each country has 100 points to distribute over the problems in the shortlist, not giving more than 20 points for a single problem. Based on all IPT countries’ inputs, the list of 17 problems will be finalised by the execom and announced later this month.Get in touch with your national representative to get a shortlist and submit your distribution of points.Hurry up, the submission closes on 15 Aug!
… See MoreSee Less

Do you want to know where will be the next IPT? We are about to announce it!The secret envelope with the answer is traveling around the planet to reach its destination tomorrow!Tune to our YouTube channel on August, 5th at 3 pm UTC to follow the announcement ceremony and to be among the first people to learn it.Here is the link: youtu.be/Y4VRRV_u-LASee you there!
… See MoreSee Less

Selected reports from the #ipt2022 Conference are on our YouTube channel!Watch and subscribe via the link: youtube.com/c/InternationalPhysicistsTournament
… See MoreSee Less