A bucketful of updates: IPT 2018 success, India joins the band, President confirmed and problems for 2019!

We are happy to be able to reflect upon another successful edition of the IPT this year. École polytechnique fédérale de Lausanne

clinched the victory this edition with École polytechnique

in third. The remaining general ranking can be viewed here. We thank all the teams for their incredible enthusiasm, without which the tournament would never be as memorable.

The tournament brings not only the opportunity to build upon general skills and physics, but also the opportunity to meet new people from across the world. With this, it was with great pleasure to introduce India as a member of the International Organising Committee (IOC) represented by Suvendu Barik from Shiv Nadar University. The team for the first time participated in the IPT this edition. We wish Suvendu the best of luck and will be helping him expand the tournament in India! 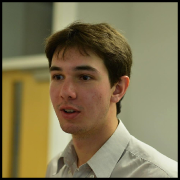 During IOC meetings at the 2018 edition of the IPT, I (David Collomb) was confirmed as president of the tournament for 2 year term from my acting status, which will overlook the 2019 edition and part of the 2020 edition.

As president I will look to continue the expansion of the IPT in currently participating and new countries. Among other things, I also will seek to establish affiliation of the IPT with a reputed body such as a national physical society which will no doubt help the IPT grow as well as looking to continue the search for more outside support.

I also aim to start a process of confirming IPT hosts within 2 editions in advanced (eg. confirming the host of 2020 between the 2018 and 2019 editions). 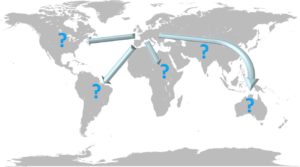 This will hopefully increase the time the host institution has to find more funds which could translate into more teams participating (up to 21 for example). Finally, I would also really like to see the tournament hosted outside Europe, aiming for this to happen within the next three editions – I do have a keen eye on Latin America considering their increased participation over last couple of years.

This brings us nicely onto our last message. As the 2018 edition has ended, we are now beginning preparation for the 2019 edition. This starts with the collection of problems which as usual we will ask the general public for suggestions, a panel will filter them down, then we will give each nation to vote on which problems will make the final 17. You can view some of the previous problems here if you need inspiration.

David Collomb and the rest of the Executive committee

The problem list for the #ipt2023 is available on the website iptnet.info/problems. Time to unpack your research and lab skillset, gather a team of 4-6 students, and dig into solving!
… See MoreSee Less

Our photo competition is over and we are happy to announce the results!Join us in congratulating @calla.pi as the most liked entry, @jd_garavito as a random generator pick, and @nina.m.q. as the execom vote winner!Please contact us via Instagram private messages to claim your prize
… See MoreSee Less

Shortlist for the IPT 2023 is out! We invite the entire community to contribute to the forming of the list of problems for the next edition.Each country has 100 points to distribute over the problems in the shortlist, not giving more than 20 points for a single problem. Based on all IPT countries’ inputs, the list of 17 problems will be finalised by the execom and announced later this month.Get in touch with your national representative to get a shortlist and submit your distribution of points.Hurry up, the submission closes on 15 Aug!
… See MoreSee Less

Do you want to know where will be the next IPT? We are about to announce it!The secret envelope with the answer is traveling around the planet to reach its destination tomorrow!Tune to our YouTube channel on August, 5th at 3 pm UTC to follow the announcement ceremony and to be among the first people to learn it.Here is the link: youtu.be/Y4VRRV_u-LASee you there!
… See MoreSee Less

Selected reports from the #ipt2022 Conference are on our YouTube channel!Watch and subscribe via the link: youtube.com/c/InternationalPhysicistsTournament
… See MoreSee Less